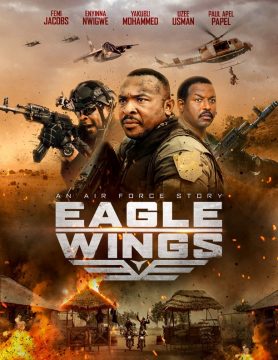 As insurgents overtake territories and kill civilians, the Nigerian Air Force is called in to bring peace to the area. When a recently married commander is lost behind enemy lines, his brothers-in-arms swear to his wife they will bring him back home safely. The rescue mission will lead them into a war-torn area and directly into a terrorist stronghold where loyalties are put to the test.