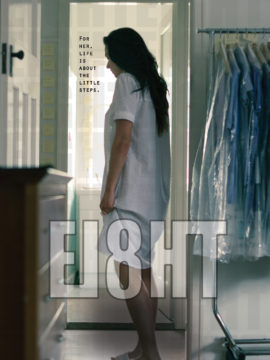 Crippled by severe agoraphobia and obsessive-compulsive disorder, Sarah has not left her house in two years. She has long since lost both her husband and daughter, and each and every day is lived going through a cycle of rituals repeated in series of eights. But today Sarah will attempt to conquer her fears by fulfilling one simple yet seemingly impossible task: stepping out the front door.