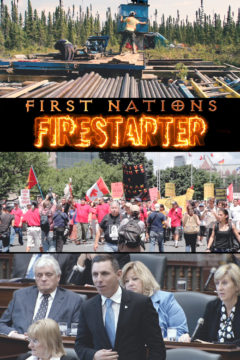 In 2001 a surveying team in Canada discovered a massive underground deposit of chromium, a metal essential to industrial society. Properly exploited, the find – named the “Ring of Fire” – would make Canada one of the largest chromium producers in the world. The only problem: the Ring of Fire is located on First Nations tribal land in northern Ontario, a wilderness area so remote that a billion-dollar transportation network would be necessary in order to set up mining operations. Told through interviews with tribal chiefs, business leaders, politicians and environmentalists, “First Nations: Firestarter” examines the controversies, risks and possible rewards that would come from exploiting the Ring of Fire, a project that promises prosperity for the impoverished First Nations peoples even as it threatens the sensitive ecosystem that has sustained them for generations.

The quest to bring Canada's 120 billion dollar mineral deposit, in the middle of nowhere into operation.