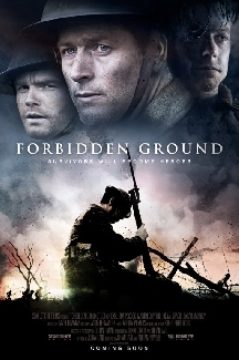 Forbidden Ground is the incredible World War I story of a trio of soldiers caught in an explosion and left stranded in No Man’s Land. Desperate to reach the safety of the English trenches the men must brave the muddy wasteland and face an onslaught of grenades, gas, machine gun fire and heavy artillery, as the Germans quickly hone in on their location. With stunning effects and authenticity, Forbidden Ground shows The Great War as never seen before.