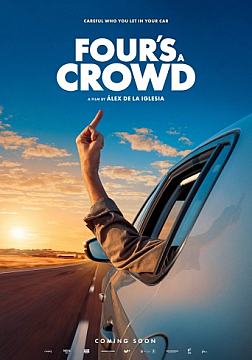 Julian is a fifty-year-old divorcee. After starting to use a car-sharing app to help with his financial problems, he meets Lorena, a young girl who frequently travels to Madrid. For the past few months, Lorena has had a permanent place in Julian’s car, and more recently, in his heart. Julian is determined to tell her how he feels on the next trip, but an error when choosing the remaining occupants of the car will find him lumbered with a very unsettling fourth passenger, whose presence will bring about a radical change in the course of events.