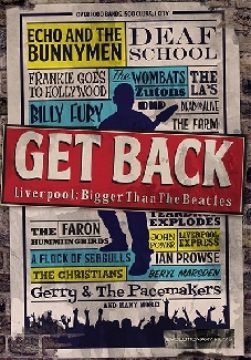 It’s a great pop music myth that in Liverpool everything began and ended with The Beatles. It didn’t. This vibrant feature length music documentary tells the real story of the city’s music outpourings, from the post war years to the present day, It’s a story of a city where literally thousands of bands and artists, hundreds of clubs, promoters and managers put on the biggest, loudest and longest party in history.