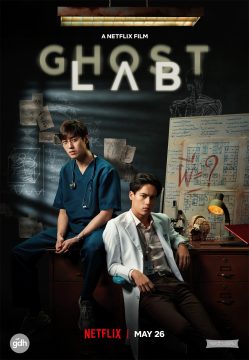 “Do you believe in the world of the afterlife?”

After seeing a real ghost together for the first time, 'Gla' and 'Wee', a doctor duo gets wrapped up in seeking “the afterlife world” and cannot turn their backs on it.

Being obsessed with ghosts since childhood, the sighting confirms Gla’s beliefs that they are not some infatuated illusion. However, Wee has never believed in anything related to the unknown, only believing in things that are scientifically proven. This occurrence immediately makes him question his beliefs.

The two team up for a project called the “Northern Lights Quest” hunting down spirits to be participants for their study. They believe that they will be the first people in the world to scientifically prove that ghosts truly exist.