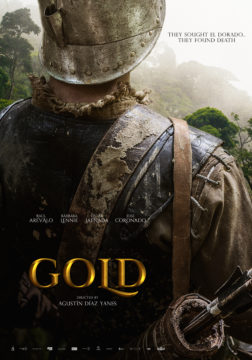 Central America, 1540. A troubled march through the jungle, rivers and swamps. Beaten by the rain and harassed and undermined by the heat, humidity and fever, a group of Spanish deserters advance laboriously through landscapes populated by wild animals and hostile natives and cannibals with whom they must fight at every turn in savage ambushes and relentless skirmishes, driven by their ambition for gold.

They know they are being chased because word has reached them that the viceroy has sent another group of soldiers to take them prisoner or kill them in the name of the Emperor. So the rebels’ only hope is to keep moving forward until they achieve their goal, because with gold, all is forgiven. At the same time, their mutual hatred and passions are unleashed.

Desperation gradually takes its toll and the group fragments. As brave as they are cruel, the expedition members plot and kill one another, conspiring and betraying in an environment of constant violence and tension, incessantly stalked by an unseen enemy in the jungle: the natives. One by one, they fall as they near their goal. Passions, sex and extreme violence are the daily ingredients on their odyssey through the New World.