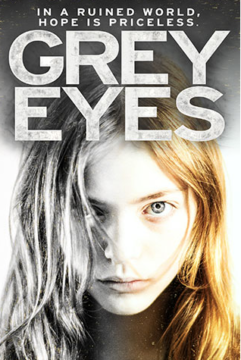 In a post-apocalyptic future, mankind is color blind. When a brilliant scientist suddenly dies, his precious briefcase—filled with a highly-addictive synthetic drug that allows people to see colors again—falls into the hands of Ana, a 12-year-old girl. Her possession of the briefcase makes her the target of a doctor with wicked designs for the drug. Her attempt to escape is aided by the dead scientist's two devoted bodyguards on an epic, perilous journey that pivots on a tremendous secret: Ana herself could be the key to salvaging a world in ruins.