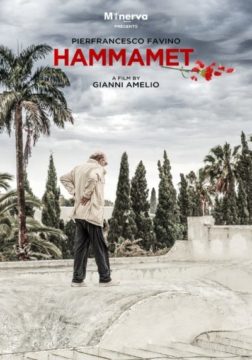 The film is a modern tragedy, staging timeless feelings and relationships: the leader of a great party, one of the most influential politicians of his time, spends the last months of his life exiled in Hammamet, Tunisia.When at the top of his power, a big scandal hit him and heavily condemned him. His “exile” has been seen by public opinion as a real escape from Courts’ judgement.The President has serious health issues, that should be addressed in hospitals other than those in Tunisia. But he firmly refuses to return to Italy, where, for sure, he would be convicted. He spends the last days of his life warmed by the love of his daughter who will be by his side until the very end.