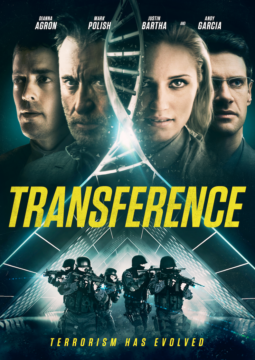 : AGAINST THE CLOCK, TRANSFERENCE

When CIA operative Kelley Chandler's latest mission to retrieve classified intelligence goes awry, leaving him in a coma, his wife Tess, a former CIA agent herself, set outs to uncover what happened - a truth the CIA wants concealed at all cost.