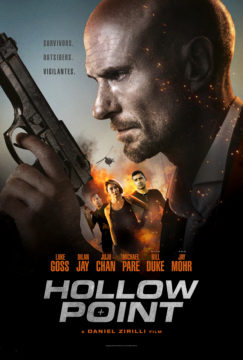 After his wife and daughter are killed in the crossfire of a botched crime, a college professor bands forces with a vigilante lawyer and a team of underground avengers to wage a war against the criminals infesting their city.