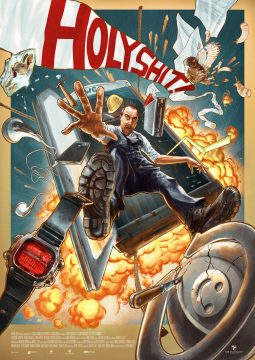 Architect Frank (Thomas Niehaus) regains consciousness in a locked porta potty on a building site where a detonation is being prepared. As he desperately tries to find ways of escaping this „prison“ before potentially being blown to smithereens, he realizes who has put him into this predicament: none other than the corrupt and lecherous mayor Horst (Gedeon Burkhard) who also has designs on Frank‘s pregnant girlfriend Marie (Olga von Luckwald). Now Frank has to do everything in his power to get out alive, save his Marie and expose Horst‘s delusional crimes...