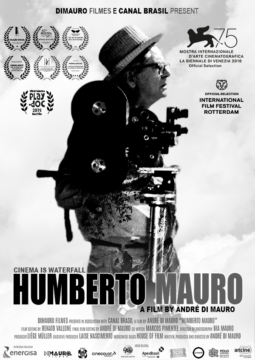 Humberto Mauro is a mesmerizing tribute to legendary filmmaker Humberto Mauro, one of the iconic masters of cinema, alongside Eisenstein, Dziga Vertov, Pathe and Chaplin.

Directed by his grandnephew, André Di Mauro, the film features stunning rare footage from many of Mauro's archived masterpieces revealing his personal and professional perspective on life and his pioneering film techniques. This beautiful and reverent homage is cleverly narrated with Humberto Mauro's own words using an interview he gave in the 1960s. Beyond its important historical perspective, this film provides a rare glimpse into lifestyles and landscapes long since forgotten in the Brazilian Amazon. Mauro's original cinematography and this documentary's sensitive and thoughtful portrayal open a critical window into the history of cinema and more importantly, the history of a spectacular corner of our world.