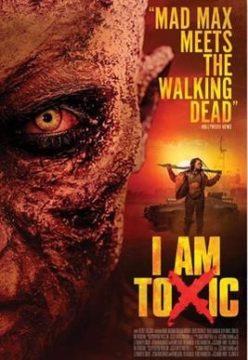 Directed by Daniel de la Vega (Dead End) and Pablo Parés (Plaga Zombie), this futuristic, post-apocalyptic Horror tells the story of a man who wakes up in a world destroyed by biological warfare with no memory of his previous life. Enslaved by a group of scavengers he meets a young woman who helps him escape. As the scavengers pursue them through barren wastelands, he discovers that the woman is his daughter and that he must make the ultimate sacrifice to save her.

Review - 'A futuristic horror tale full of blood, dust and steel, a delightfully dark film that has a lot going for it.' Nerdly, Frightfest 2019.