Home / Films / I Remember You 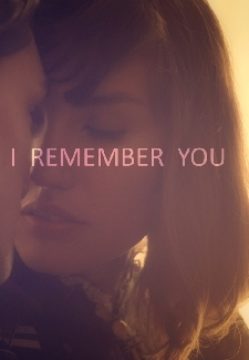 LEAH is a PhD.D. student in Immunology. She has devoted her life to science and is determined to develop new treatments and cures for cancer. SAMUEL is a remarkably talented upcoming actor. One morning, Samuel is offered the opportunity of his lifetime: The lead role in a studio film.

While celebrating, Samuel dares his best friend to a swimming contest in the ocean. Drunk and overpowered by waves, Samuel is pushed against the pylons of the Santa Monica Pier and suffers a concussion. As Samuel drowns, Leah jumps into the water and rescues him.

One month later, Leah is unable to take a shower. She has developed a fear of water that is gradually taking over her life. Samuel is forced to put his acting career on hold as he struggles to cope with his inability to focus and with short-term memory problems as a consequence of the accident. Angry and deeply frustrated, Samuel decides to contact Leah, but not to thank her.

When Leah and Samuel meet again, there is an immediate, almost supernatural rapport between the two. Both feel an overwhelming and inexplicable feeling of familiarity and comfort with each other, as if they had belonged together all along and they were suddenly unable to stay apart. As days go by and they continue to spend time together, their feelings for each other only intensify, despite Leah’s skepticism and effort to ignore them.

As Leah’s fear of water continues to worsen, and her career and her sanity are at stake, she gradually discovers that her saving Samuel was not a coincidence, and that she and Samuel share an incredible past that, thanks to the accident, both are now beginning to remember…