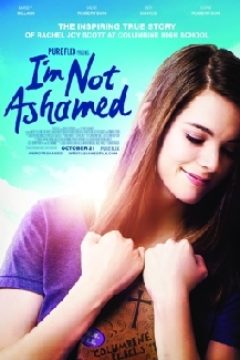 On April 20th, 1999 at Columbine High School, America changed. Two teenage boys entered their high school with guns and homemade bombs with a plan to kill hundreds of their classmates. They murdered 12 students and 1 teacher before turning their guns on themselves. The first student to die that day was Rachel Joy Scott. I'm Not Ashamed is Rachel's story in her own words. Drawn directly from her journals and writing.