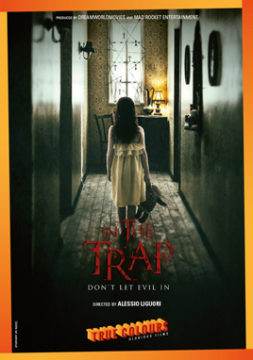 Philip has been a prisoner of himself and in his flat for two years. A labyrinthine flat which has become a refuge of unknown and extreme evil that haunts him every night trying to come in. For some time now he has been spending sleepless nights to protect his "habitat" but, despite his efforts, unexplained and terrifying phenomena happen continuously, forcing him to hide in his shelter. The only real contact with the outer world is Father Andrew, a priest who regularly visits him to help him in his everyday life and to convince him to leave the flat, especially after the tragic loss which affected his life. Philip’s days are always the same while he tries to distract himself from the strange events that happen around him, focusing on his job as proofreader. Everything changes the night when the guy, for the first time, falls asleep at the wrong time and something dark is finally able to enter inside his flat...