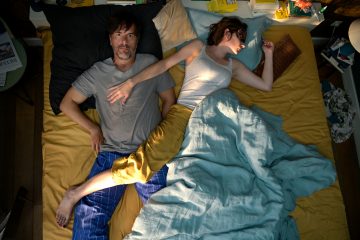 It's just a Phase, Honey

Paul and Emilia are 40-somethings, who have always been held up as the dream couple. Paul was the successful novelist and Emilia an actress in demand for dubbing telenovelas.
However, age is gradually catching up with them – thinning hair, eyesight and libido not being what they used to be. Thus, they set out to resist the inevitable by trying to regain their long-lost youth. But that may well mean losing the one thing that they both cherish the most…