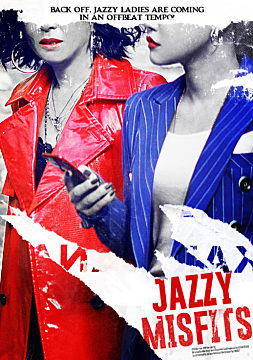 “Mom, you and I were never meant to be together.”
An aspiring singer Sun-deok prepares for another day of performance when she gets a surprise visit from her mother, whom she hasn’t spoken to in years. The
abrupt encounter leads to the news of her younger sister Yuri, who had vanished with the family’s savings. The mother-daughter team spends the day hunting
for the missing girl and their money. The impatient mother and the skeptical daughter argue continuously as they poke around in Itaewon, the international hub
of Seoul.
After sniffing through Yuri’s flat, her school, her work, and even the police station, the team zeroes in on her alleged lover. A chase leads to a dead end and the
frustration results in emotional outbursts between Sun-deok and her mother. Meanwhile, the secrets clouding Yuri is getting thicker. Will the couple of misfits
be able to track down the girl before Sun-deok’s scheduled performance by the day’s end?