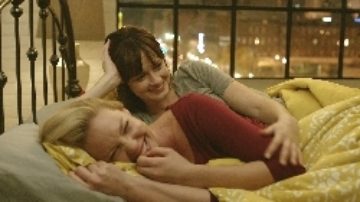 In the small town where she was born no one can understand why Jenny (Heigl), the prettiest and most popular local girl, is the last to marry. Rumors fly that she is the mistress of a married man in the “big city” where she now lives, which is why she never brings anyone home for her school friends’ weddings. Her parents are desperate for her to settle down but Jenny’s wedding announcement, when it finally comes, is not what anyone there anticipated…