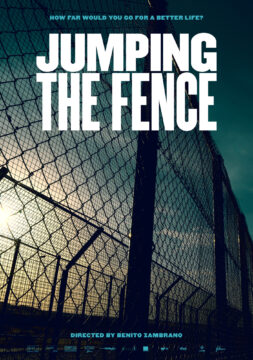 After arriving in Spain several years ago from his native Guinea Conakry, Ibrahim settled in Madrid, where he lives with Mariama and works as a builder. One day, the police arrest Ibrahim and, not having legal residence status, he is deported back to his home country. From this moment onwards, his only goal is to make it back to Spain, so that he can be reunited with Mariama and the daughter they are expecting.

After managing to cross Africa, he and some of the others he is travelling with finally make it to Mount Gurugu and the infamous, ad hoc migrant camp that separates Africa and Europe. In Nador, he meets Aminata, a girl who is determined to jump the fence and make it into Spanish territory. Jumping the fence is no easy feat and one that not everyone can aspire to. Many of those who try never make it. Others die trying. To this day, only one woman has ever made it across.