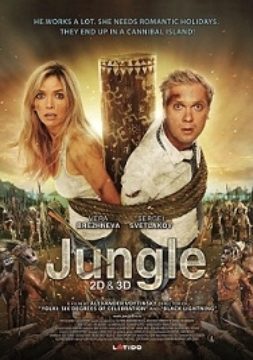 After suffering a relationship crisis, Sergey and Marina decide to go on an exotic holiday to fix things. However, during the trip they get in another argument and end up stranded on an uncharted island inhabited by cannibals. Instead of struggling for survival, the couple continue with their bickering which turns into open fighting.