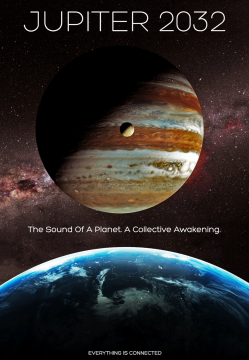 A supernatural fable about children with powers

For fans of the box office smash hit What the Bleep Do We Know!?, set in the near future, this fictional story uses awe inspiring images of the universe and documentary-style interviews to take us on a journey of the awakening of human consciousness against all odds.

2032. The world has only one government. TV and internet have become propaganda tools to control the masses. Across the world children report that they are connecting with the planet Jupiter and they start to develop extrasensory abilities. While the World Government explains it as a dissociative pandemic, spiritual leaders see instead the spontaneous rise of a higher human consciousness. Mexico and Hawaii pioneer radical new schools to help the children integrate their new powers into society.

A documentary team decides to investigate what we now call ‘the Jupiter Phenomenon.’ The government has not ceased their pressure however an expanding population of children continue to experience higher human potential. The phenomenon has spread to a more general part of the population and more people are awakening. The infinite cosmic frequencies channeled by these children are starting to change the world.