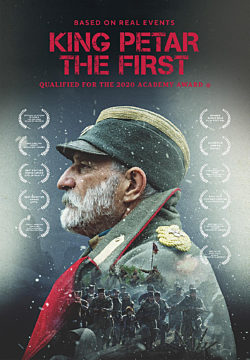 A visually spectacular, suspenseful, high impact, emotionally compelling true story about the First World War." It is the ultimate patriotic war movie of the millennium" says The Standard.

War veteran former king, Petar wants to put his country on the path of peace and prosperity. But, turbulent times impose great sacrifices on everyone and demand the toughest decision of his life from the Old King. After two heroic battles -- one of the battle's of the film is still regarded as one of the most brilliant military strategies ever developed- the government decides that due the losses incurred by the army withdrawal was unavoidable. After an agonizing retreat across the mountains, the emotionally shattered and physically exhausted, King Petar nevertheless reaches the Greek coast thus succeeding in bringing his people to final salvation.