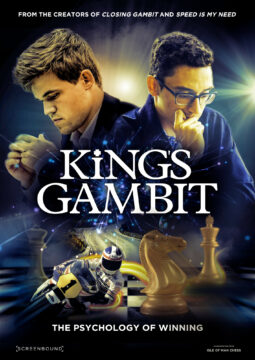 Champions in all sports are aiming to discover that small edge that separates winners from the field. Mental strength and inner psychology is what make champions stand out from the competitors. ‘King's Gambit’ is a new feature documentary that unlocks what athletes, racers and golfers can learn from the one sporting contest where mental strength is paramount: elite professional chess.