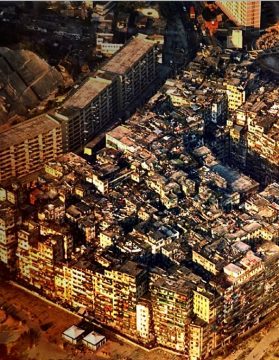 Adapted from the award-winning Hong Kong cult manga series “City of
Darkness”, this action thriller is set in the eighties inside the dangerous
and enigmatic Kowloon Walled City which was a de jure Chinese enclave
within British colonial Hong Kong.

The walled city is populated by people in the lowest strata of society,
among whom are various colorful and kung-fu savvy characters: e.g. a
Vietnamese immigrant biding time for revenge, an ex-boxer on the
lookout for his kidnapped girlfriend, a katana wielding martial arts boy
wonder from Temple Street, as well as a local gang leader and his loyal
friend. When the British Hong Kong government tries to demolish the
Walled City once and for all with the help of a Triad kingpin and his
ruffian underlings, they gather all the residents in the enclave behind
them to fight against the invaders and protect their homes and
properties.