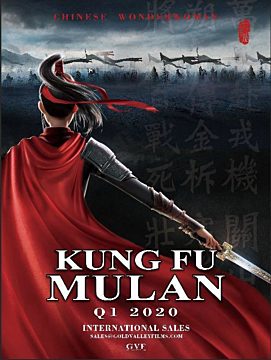 Mulan grew up in a martial arts family, has a dream to become a female warrior in the Kingdom. By forced to join the army in her father’s stead, she find a way to express herself. However, during a mission that she supposed to assassinate the Crown prince of a hostile kingdom, she never know that this decision changed her life entirely. They fell in love. From then on, she has a new goal, not to fight for her personal achievement but to bring the peace for the people of both countries. In the end she triumphed over the true villian and also understand the true meaning of being a warrior.