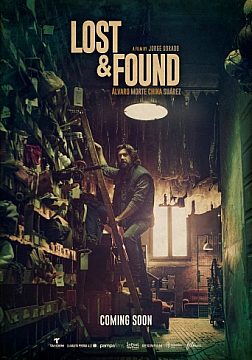 Mario works in a large Lost and Found Office, where he looks after all the missing items that have built up over the decades. Mario, who decided a long time ago to live a solitary life, spends his free time investigating the origin of the lost objects, with the aim of returning people these lost pieces of their lives. Only Helena, a young police officer, who often visits the Lost and Found Office, has been able to crack Mario’s hard, outer shell a little.

One day, a suitcase found at the bottom of a river turns up at the office. Inside, Mario finds baby clothes, alongside some human remains. Mario decides to investigate the case and follows the trail of the suitcase, until he ends up meeting Sara, a young woman who, ever since she was a little girl, has been caught up in a human trafficking ring, an organization that treats people as if they were objects.