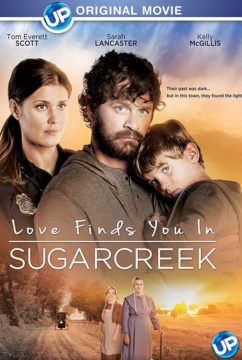 Love Finds You in Sugarcreek

Baseball player Micah Matthias and his young son Bobby are fleeing a brutal media following the traumatic and unsolved murder of their wife and mother. They end up in the quaint Amish community of Sugarcreek, Ohio under a set of aliases and with a broken-down old truck. Three Amish sisters running an old farmhouse inn take them under their wings and employ Micah as a handyman. This sparks the suspicions of a Sugarcreek policewoman named Rachel Troyler, niece of the three who raised her after she was orphaned as a child. Will the truth interfere with love?