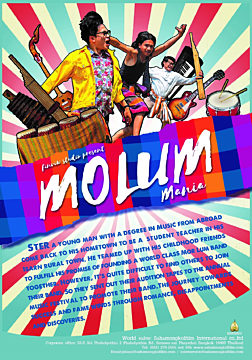 Ster who had a degree in Music and had a dream of becoming the rock icon of the world left Bangkok to go back to his home town in the rural Isarn area.

He fell for a teacher named Chan who already had a boy friend who is a very famous Mor Lam artist.
Ster decided to start Mor Lam band to win over her heart with the help of his band member which consists of a monk who can play the Can (a version of Thai Flute), a Jimi Hendrix style guitarist who had to play the Pin and one Bass player and one heavy metal drummer.

Ster begun to understand the core of Mor Lam, the never die performing arts of the Isarn people.

It is the story of the passion of the traditional isarn music that need to be understood to appreciate.