Home / Films / My Promise to PJ 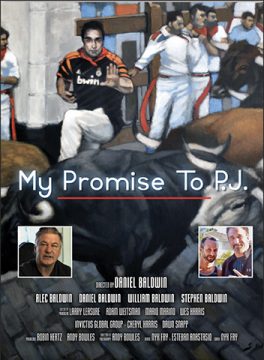 My Promise to PJ

In "My Promise to PJ" Daniel Baldwin takes you on his journey across the world to fulfill a promise. A promise he made to his friend (PJ) Patrick Michael Raynor JR. That promise was should PJ become 2 years sober, that they would run with the bulls together in Pamplona, Spain to celebrate PJ's sobriety. Tragically, that day never came, and after 3 years of sobriety, PJ died of a surprise drug overdose. Haunted from the loss of PJ, Baldwin decides to get in shape and run with the bulls to honor the promise he made to his beloved friend. Along the way you see the emotional aftermath that drug addiction has on a family that tries to cope with the loss of their son, brother, nephew and friend.