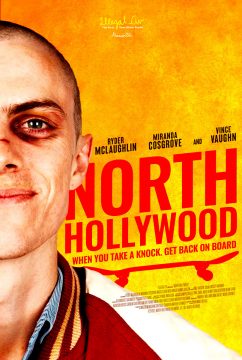 Starring Ryder McLaughlin, Vince Vaughn & Miranda Cosgrove, this slice of life comedy revolves around a teenager who must decide between choosing the future his father wants or following his dream of becoming a professional skater. Produced by Pharrell Williams, Noah Centineo (To All The Boys I’ve Loved Before) and Mimi Valdés (Hidden Figures).