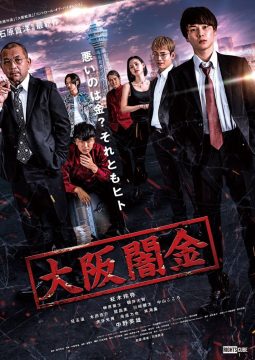 Haruo Sugimura, who was sentenced to two years in prison for causing an injury due to his short temper, is scouted by Sakai, a loan shark he met by chance, and starts working with him for a company called Minami Hachi Ban Kogyo. It is an old-fashioned typical illegal loan company, charging 10% interest every 10 days and the lending is done by interviewing the borrower and getting him to sign an IOU. The president, Soemon Minami, and his son, Sanzo Minami, are in charge of interviews and lending, while Sakai is in charge of collections. The office is also staffed by salesman Nezu and clerk Fukada. Sugimura learns the work of a loan shark from Nezu and Sakai, and begins to collect from various borrowers.

Sugimura gradually learns the ropes of the business as he meets people who borrow money from the black market for various reasons, such as Kondo, who is about to commit suicide because his wife and children have run out of love for him and he has no savings and no job, and Airi, a hostess who owes money to several several loan sharks. Sugimura also learns that there are both friends and foes in illegal money loaning business, and depending on the situation, his life may be in danger. Through the loan shark business, Sugimura learns about the dark side of people and money in both upper-ground and underground of the society...