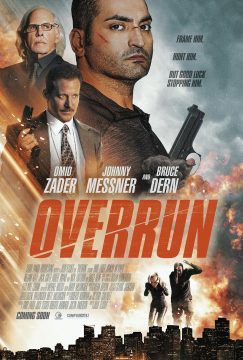 From the producers of "The 2nd"

Marcus Lombardi (Omid Zader, “The Matrix Resurrections,” “The Mandalorian”), an ex-military extraction specialist, is trying to get out of his life of crime after his sister is revealed as an informant on underworld kingpin Ray Barren (Robert Miano, “Fast & Furious”). When presented with a chance of an out for himself and his family, Marcus agrees to one last job. Unfortunately, this last job puts him on a collision course with the Russian mob, dirty cops, and plenty of assassins all in pursuit of a mysterious briefcase. Also starring Johnny Messner (“The Equalizer,” “Breach”), Nick Turturro (“Blackkklansman,” “NYPD Blue”) and Oscar® nominee Bruce Dern (Quentin Tarantino’s “The Hateful Eight,” “Once Upon a Time… in Hollywood”)