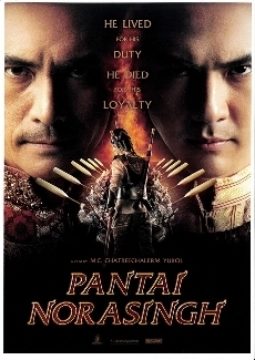 To live with honour and to die protecting his king’s honour.

The story of the relationship between the King who is renown for his ruthlessness and his subject who became his trusted steersman.

They met when the King decided to disguise himself as commoner to see how his subject was doing. He befriend a commoner after a fight to decide who should win the girl’s hand.

They become blood brother and the commoner was assigned to be his steersman.

When there was an assassination attempt at the King, the steersman tried to evade the threat and cause the boat to run aground with death penalty. It’s time to see if the friendship is stronger than the rule of law that the King must have absolute authority over the life of his subject regardless of their personal relationship.