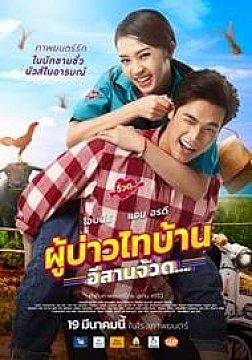 People might think that life in the rural seemed simpler than the hectic life in the big city. Kane was disappointed with his work in Bangkok and decided to go back home. He would love to set up his own business and started to explore the opportunity. In the meantime, he met Fern a girl who focused on her work and her family. Fern is having problems with her boyfriend who is a lady’s man and to break up with him she asks Ken to act as her new boyfriend. Things start to get complicated when Kane fell for her, while Fern is starting to have some feelings towards him. Kane also found out that his mother was developing some signs of dementia and to make her happy, he planned to open a local style restaurant to remind her of the last time she met his dad. Fern who was unlucky in love won a training gig in Japan which would improve her future. Kane was now at a dilemma. He moved back home while the one he loved was moving away. Would Kane be able to convince Fern not to go?