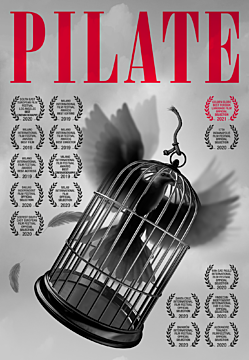 Alternate Titles: Adapted from the novel by Magda Szabó, one of the most decorated and beloved Hungarian writers. Reminiscent of Ingmar Bergman masterworks, PERSONA and AUTUMN SONATA.

Based on the bestselling novel, PILATE is a heartbreakingly beautiful portrait of a mother and daughter whose relationship is both intimately close, and tragically disconnected. When Anna, an elderly village woman is recently widowed, her daughter Iza, a highly acclaimed doctor, quickly whisks her from her life-long home to a cold, big-city apartment to live with her and care for her. The seemingly selfless act of affection soon reveals itself to be a stifling and almost torturous experience for Anna. The underlying tensions and baggage of a mother/daughter relationship are amplified by silent gestures and martyred acts that burden each of them to the breaking point. Feelings of love and nurturing wither into uselessness and pain while other family members helplessly look on, ultimately culminating in a crisis with profound consequence.

The sensitive directing results in outstanding performances while the perfection of the dialogue is rooted in first-class literary material. All that paired with stunning, award winning photography helps the material to reach a new level of meaning, transporting us into the universal.