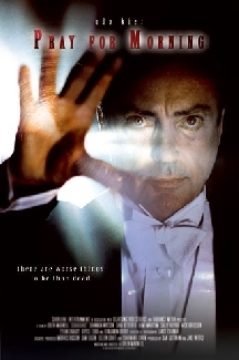 The Royal Crescent Hotel has stood for nearly a hundred years, its decayed grounds and sightless windows now holding only forgotten memories of what was, its hundreds of once-elegant rooms now only filled with darkness. The only guests it can now attract are derelicts or drifters -- or, of course, adventurers looking to brave the haunting mystery of its endless halls and sprawling grounds.

In 1984, five such high-school students were gruesomely murdered after breaking into the long-abandoned hotel for a weekend of partying and frightened amusement. The murders remained unsolved after an exhaustive search yielded no clue to the killer, while a police-employed psychic insisted the killer remained in the hotel.

Now, as this unique and terrifying horror movie unfolds, another group of students dare to enter the abandoned resort for a one-night "Tour of Fear" to visit each of the five rooms in which the 1984 murders occurred.

When this group of close friends, only out for scary fun in celebration of their graduation, accidentally discover a severed hand in one of these rooms, they unwittingly arouse a deadly force and unleash a bloodbath upon themselves. They do not realize that they have stumbled upon a mystery which dates back nearly a century.

The hotel was once the ultimate in luxury, attracting the top echelon of society: royalty, film stars, and even presidents. But then the unthinkable happened, and the Royal Crescent plunged into disgrace, was closed down and forgotten.

Now, the unthinkable is unfolding once again. And as these students pray for morning, their only hope is to solve the twisted mystery that has enslaved soul after tortured soul in this forsaken place -- before it's too late.