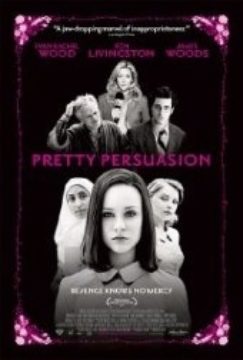 Manipulative high school sophomore Kimberly Joyce leads her friends Brittany Wells and Randa Azzouni in bringing charges of sexual assault against Percy Anderson, their English and drama teacher at an exclusive private school in Beverly Hills. Meanwhile, local reporter Emily Klein, originally assigned to do an insignificant piece on the school, hopes that the scandal will launch her into celebrity in the television news business, while Kimberly's bigoted father, Hank, is concerned primarily with the effect that his daughter's accusations may have on his business.