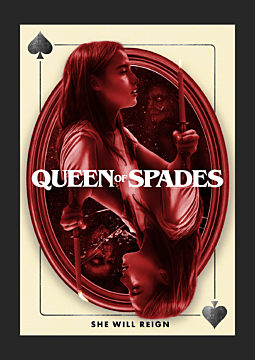 According to legend, an ominous entity known as The Queen of Spades can be summoned by drawing a door and staircase on a mirror and saying her name three times. Four teens invoke the evil entity and find out too late she won't stop until she gets their souls.