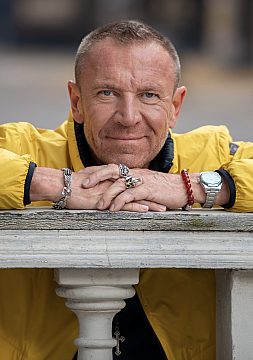 After suffering an attack by a mysterious force during combat in Afghanistan, valorous Sergeant Rick Pedroni comes home to his wife Kate and father Sebastian, changed and dangerous. Officials say he suffered a heavy trauma but Kate knows it’s more than PTSD. As Rick undergoes unsettling therapy where traumatized soldiers use masks to express themselves, Kate discovers he has been possessed by a Jinn, a mysterious and malevolent spirit that spreads the curse like wildfire to other soldiers and civilians. In no time, evil is taking root and begins to drive a civil war, as Kate tries to unmask the truth. She will need to muster all her courage to free her husband from the power of the demon and stop the raging conflict.