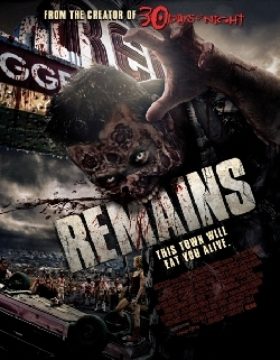 Based on the best-selling graphic novel written by Steve Niles (30 Days of Night), Remains is set in a chilling post-apocalyptic Reno, Nevada, and follows the survivors of a bizarre accident that reduced most of the world's population to zombies. The group takes refuge in a vacant casino and fights a losing battle against an undead army which grows steadily stronger, smarter and more aggressive by the minute.