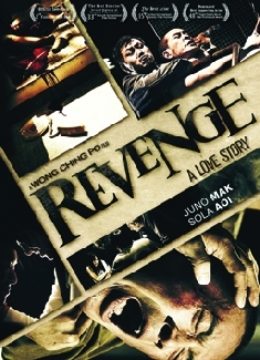 Two gruesome murders cover Hong Kong’s press. Both cases concern the murder of police officers and their pregnant wives. Also their unborn babies were removed and left to die next to their mothers. The killer, Kit, is caught after a wild police chase. How can a man turn into such a monster? Months earlier, Kit is a young and clumsy man who sells steamed dumplings in front of a small neighborhood grocery store. One day, he notices Wing, a mentally challenged high school girl, walking by with her grandmother. Kit instantly falls for her. As Kit and Wing’s relationship develops, a brutal and tragic act of mistaken identities evolves into a horrific cycle of violence and revenge.