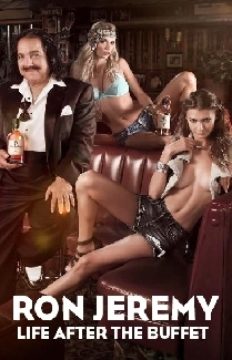 Ron Jeremy: Life After the Buffet

Ron Jeremy is a cultural icon, known as the King of Porn. With his eccentric features that are not your typical chiseled look, somehow he is a sex guru to millions of fans, who feel if Ron can get laid, there's hope for them. Now age 60, Ron Jeremy, Life After the Buffet is an explosive film that exposes Ron in a surprising and very real way. In 2013 Ron made a different kind of headline. Death came knocking at his door when like a bolt of lightning he started experiencing pains in his chest. In this film Ron Jeremy takes us on a journey of his own spiritual awakening to understand that there is a greater power than what is here on earth.