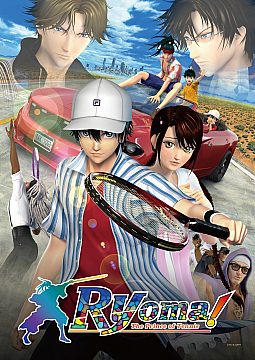 Ryoma! The Prince of Tennis

Provoked by his father well known as Samurai Nanjirou, a legendary winner of a US tennis championship, Ryoma is determined to train himself in US after winning a championship in Japan. He runs into his classmate Sakuno, getting in trouble with street gangs, and accepts a tennis match against the villains to save her. Through the intense tennis battle, the shock of two ramming tennis balls makes stream of time leaped somehow. Ryoma and Sakuno find themselves transported back to the past decades ago when Ryoma’s father challenged his last match at a championship in US.