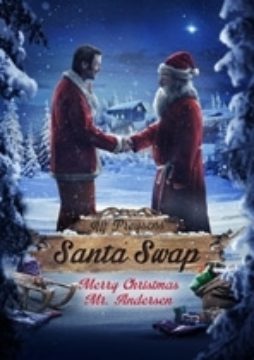 No one loves Christmas more than Andersen, and each year he devotes himself to give his family a perfect holi- day. As we all know, the most important part of Christmas is Santa’s visit, but this particular night nothing goes quite as planned: In a brand new Santa costume, Andersen falls on the slippery ice and goes downhill on a lit- tle sled carrying all of the presents, before he is crashing into Santa Claus himself. The two then decide to swap. Santa’s family has never seen a real carpenter before, and the Andersen family is going to need a little of Santa’s Christmas magic now that all of the presents are destroyed. Andersen will rediscover the reason why he loves Christmas, while his children are having a hard time trying to reveal the real Santa as a fake.