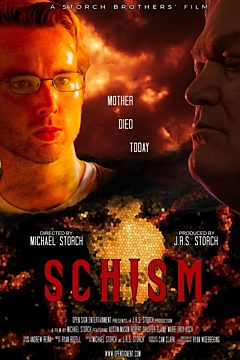 The tale of a man trapped on the Shores of Hell and the inner demons he must face to escape. SCHISM tells the tale of a young man named Christopher who faces off against his former Pastor who leads him on a journey into the darkest recesses of his mind and onto the shores of Hell itself. Schism is a supernatural and psychological horror that deals with the occult, demons, and the tragic quality of human isolation in a world that never sleeps.