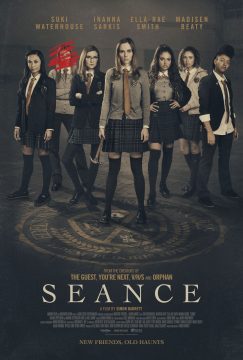 Suki Waterhouse stars in Seance, a teen horror set in an all-girls’ boarding school haunted by a vengeful spirit. The project marks HanWay’s third collaboration with Simon Barrett after Your Next and The Guest, and a new partnership with Dark Castle.

Camille Meadows (Waterhouse) is the new girl at the prestigious Fairfield Academy for Girls, drawn into the mystery surrounding Kerrie, a student who died following a seance summoning the legendary Fairfield Ghost. Camille befriends Kerrie’s clique. When they invite her to their next seance, she initially believes that she is being pranked, but then the girls start being killed off one by one.

The Fairfield Ghost has come to take its revenge and Camille must turn detective and solve the mystery, or suffer the same fate.