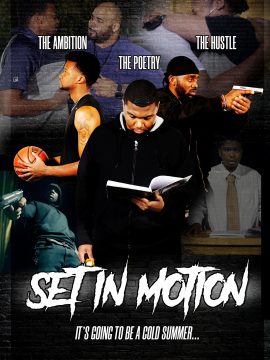 Anthony Mitchel is an athlete with tremendous talent on the basketball court. No matter how good his game is, it’s not enough for his abusive father. D’Angelo Smith suffers from depression, anxiety, and post traumatic stress disorder. He brings the trauma of his childhood into his teenage years. He lives with his mother who neglects him constantly. All he wants is his mother’s love. His only source of happiness is the poetry he writes. Will that help with his growth or will it eventually become his downfall? Marcus Mitchel is a teenager who only wants the best for himself and the people around him. When he was a child, he and his older brother Julian were sent to live with their grandmother. Julian chooses the street life and is sent to jail. Ten years later, Marcus is a senior in high school. Julian is back in his life and wants Marcus to join the street life with him. What will Marcus do?